The Economic and Fiscal Impact of Medicaid expansion in PA (2013) 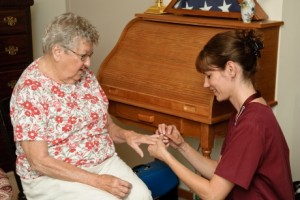 The Pennsylvania Economy League, Inc. (PEL) and the PA Health Funders Collaborative (PHFC) released a new report that shows that expanding Medicaid to low-income Pennsylvanians as part of the Affordable Care Act would increase economic activity in the state and result in fiscal savings, despite state cost increases over time.

“It is important to separate the overall costs and impacts of the Affordable Care Act from the decision to expand Medicaid,” said Steve Wray, Managing Director of PEL and Executive Director of PEL’s Economy League of Greater Philadelphia affiliate. “This analysis is focused on the decision in front of the state government right now: whether to accept the Medicaid expansion and the substantial federal funding that comes with that decision, or not. Our analysis shows that the federal funding that accompanies expansion would support expanded employment, expanded economic activity, state program savings and expanded tax revenues for the Commonwealth – and expanded healthcare coverage for more than five hundred thousand Pennsylvanians.”

Over the next 10 years (2013–2022), the analysis (conducted in partnership with Econsult Solutions, Inc.) presented in the report shows that Medicaid expansion would produce:

“This is a big decision for the Commonwealth,” said Russell Johnson, President and CEO of the North Penn Health Foundation and Karen Wolk Feinstein, President and CEO of the Jewish Healthcare Foundation, who together co-chair the PA Health Funders Collaborative, “and we felt it crucial that state decision makers have the best information on the economic impact of the potential expansion as they consider their options. This is a much bigger issue than just extending insurance to the uninsured.”

The full report and executive summary are available below.

An event or an era? Resources for social sector decision-making in the context of COVID-19

Tough Times Call for Tough Action: A Decision Framework for Nonprofits and Boards